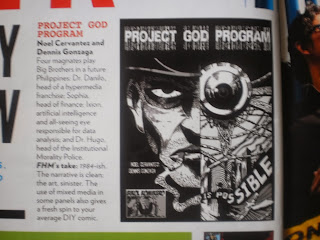 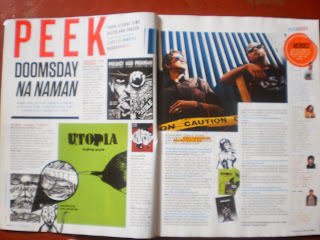 UTOPIA (UNANG YUGTO)
Noel Cervantez and Red Patricio
A cockroach and a rat plo through waste-rideen lands to make it to Basuratopia, a paradise for pests who have survived the apocalypse. Ergo, it's a future where humans have obliterated themselves from the face of the planet and only animals remain. Villainous bulate's(worm), a fabled island of cheese, and a mutated askal are all part of the brave new world.
FHM's take: This odd-couple/buddy story plays out like a road trip gone haywire. The tongue-in-cheek way the world ends is breather from the- 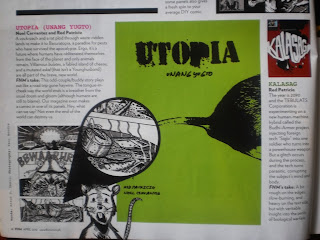 usual doom and gloom (although humans are still to blame).

Written by Anton D. Umali
Photography by Paul Mondok
Posted by Noel at 7:33 PM No comments: